So last night I tried streaming again. Still need to put a bit of work in, possibly pick a time I can get some quiet so leave the mic on. Video editting will be up next, that and snappy banter. This is partly me preparing for Civ VI which I intend to do a bit of lets play with. Later I played some Magic Online, a few friendly games to test my new standard deck I'm working on. And in that arena it's not too bad, I think it's got the potential for being a fun deck to play, which for me is a what it's all about.

So this morning I'm testing making a static page with the random game idea I wrote based on the recent GURPS Dungeon Fantasy Kickstarter. GURPS has long been one of my favourite toolkit RPG systems and Dungeon Fantasy has rekindled my desire to run a nice crunchy dungeon bash. The setting is called Trevallis because I do love making up random names for stuff.

Plus I'm still getting the hang of the new blogging thing. anyway, best get some work done. More here later today maybe. 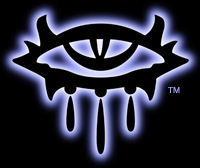 So my birthday was yesterday and was spent pretty sedately. I'd spent the day before at the Magic Grand Prix in London which was fun but tiring. It would have been nice to win some games but I am a bit out of practice at these things. Still went through my card collection yesterday and built a new deck.

So yeah not the most impressive of birthdays but I guess I feel a bit... I don't know, lost, down here. I've not managed to make that many new friends since I moved to Kent and I'm terrible at keeping up with the ones I have. This is in part because I am enjoying being a family man.

I dunno. Just tired right now. I'll write more soon. But I think this is now ready to become the main page of the site. I'll look at linking in all the older stuff later.

So this is mostly me checking that I've got this setup correctly. Plan is to keep this open today and add things as I go along. Also to learn Markdown (which this is written in). This weekend it's my birthday, I shall be a bit older, I'm at that age that I'm thinking about how old I am is more likely to make me a bit depressed than anything.

Still I'm off to GP London to play Magic and see friends so that should be nice. The new set is quite fun and I'm looking forward to a massive tournament.

Right now I'm trying to work out how to get this working the way I'd like it.... getting there.

So Khanate has been my web presence for I guess 18 years now. Since I gave my previous domain to Black Lion Games in Edinburgh.

I'm rebuilding it again, this time in Statocles a static site generator written in Perl.